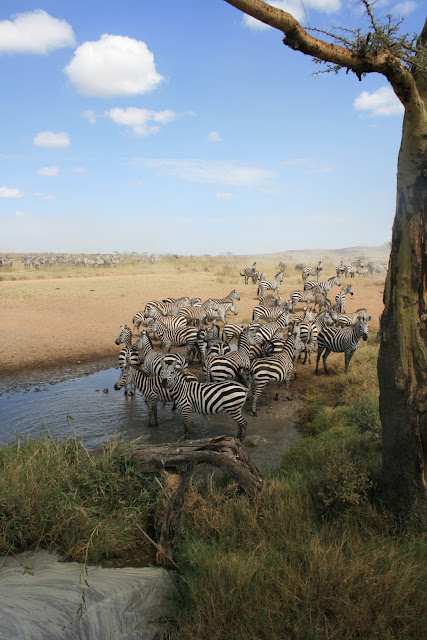 TANZANIA (eTN) - Life in the Serengeti National Park in northern Tanzania may be an exciting interlude in one’s lifetime. It is where a natural drama plays out every year. You will find wild animals moving from the far corners of the park to another location in search of life, while others are hunting and being hunted. 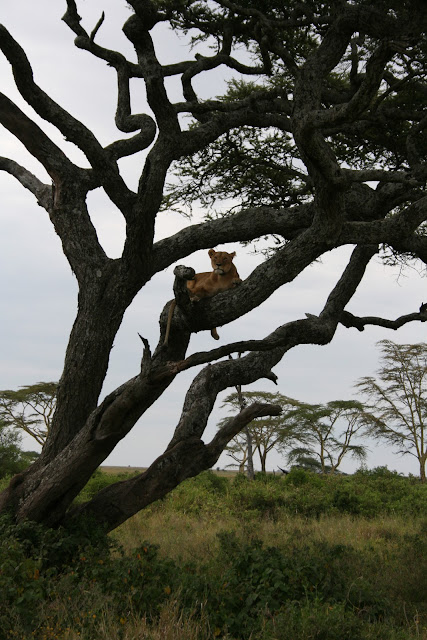 The Serengeti’s unique ecosystem has inspired writers from Ernest Hemingway to Peter Mattheissen, and filmmakers like Hugo von Lawick and Alan Root, as well as numerous photographers and scientists. 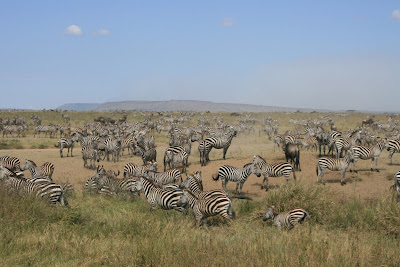 Professor Bernhard Grzimek, a prominent German zoologist, made a classic film and wrote a book, all with the titles “Serengeti Shall Not Die.” Like the biblical theory of the waters that flooded the Earth for 150 days, the Serengeti looks like a place where Noah’s ark landed and let the animals free to live there. 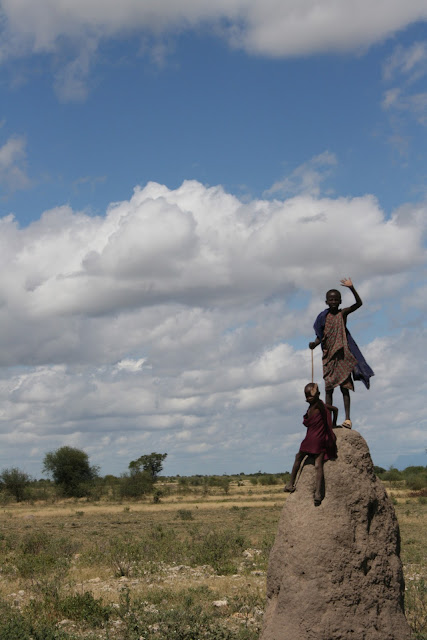 The Serengeti is a wild place with the greatest wildlife show on Earth, in which some 1.5 million wildebeest; 200,000 zebra; and 400,000 Thomson’s gazelle are the main players – they are born there and are compelled to follow the screenplay until the moment they take their last breath. 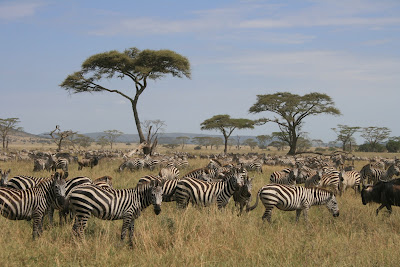 Here are plains so vast that it is called Serengeti (from the Maasai word Siringit, meaning endless plains) and here, if you catch the migration in the right place at the right time, are Africa’s iconic animals in the sort of abundance that elsewhere is gone forever. 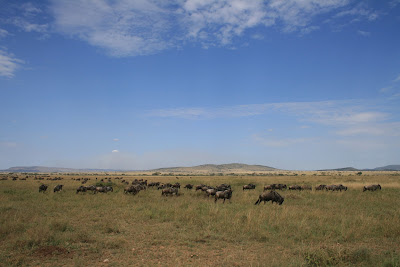 The wildebeest zing through the Serengeti at breakneck speed, and they pour over the Tanzanian border across the Mara River in the Maasai Mara Game Reserve in Kenya, where they settle and graze until the end of October. 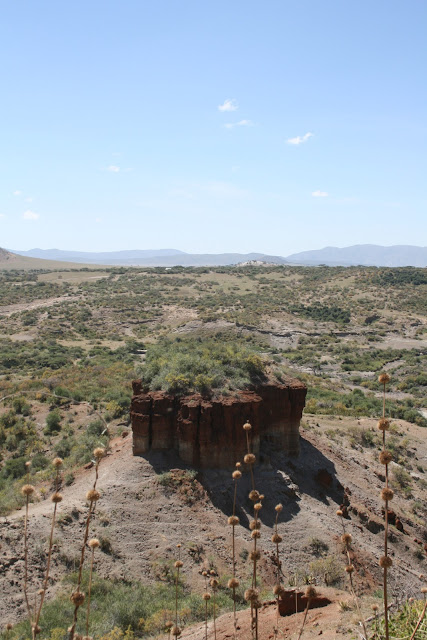 Then they will slowly and steadily head back south to the short grass plains in the southern Serengeti, arriving at the end of December. You will also need to be prepared for rain, for it is rain that nourishes the short, sweet grass that is the imperative beyond this ceaseless movement of hooves. 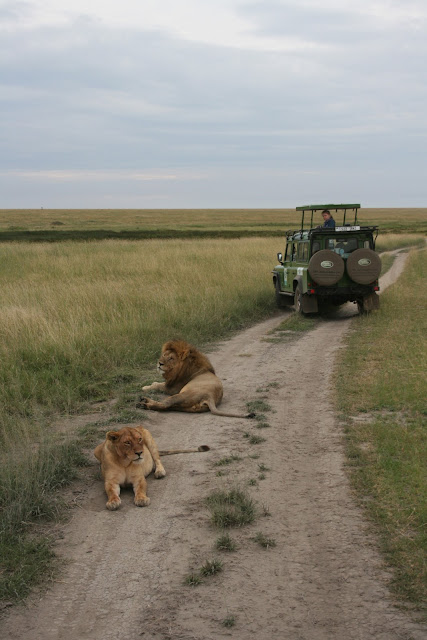 Nature gives these memorable experiences to tourists during two main seasons, and there are three specific places where one is mostly likely to catch the movement at its most spectacular. Down in the southern Serengeti, in the Ndutu area between January and March, the wildebeest gather on the short grass plains to give birth or produce calves. 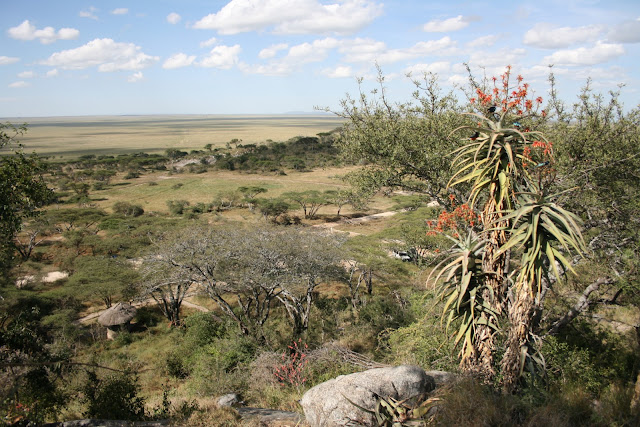 Almost all calves are born within the same three-week period, and observers get the chance to see these glorious plains, looking like a big, natural wildlife maternity ground, filled from one horizon to the other with wildebeest mothers and their calves, umbilical cords often still dangling down their fronts, cavorting in what seems like a vast, green Eden, creating an unforgettable awesome sight. 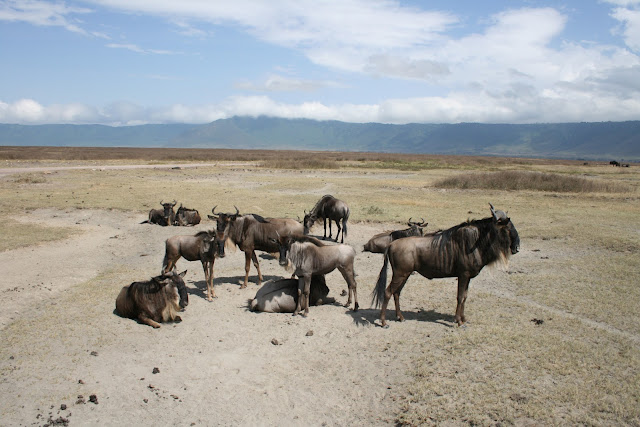 A baby wildebeest starts struggling to its feet within minutes of its birth, and runs within five or ten minutes; after just a day, it can keep up with the herd. There will then come the time when the wildebeests will move off the Serengeti plains into the woodland zone in the central Serengeti, and gather in larger compressed numbers to be ready for the rut. 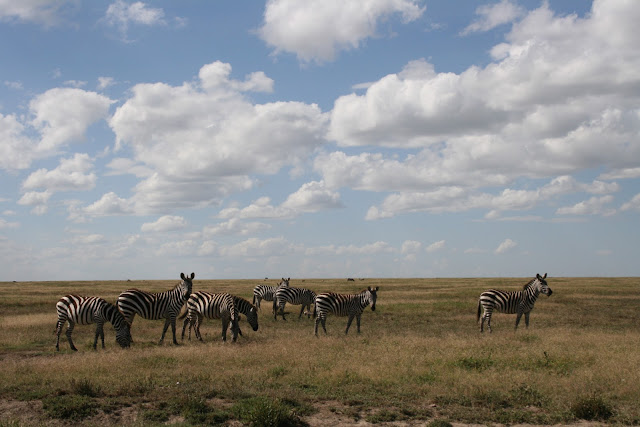 For about three weeks, half a million calves are conceived amidst indescribable noise and confusion as the bulls compete for cows, clash horns, bleat, and cavort. 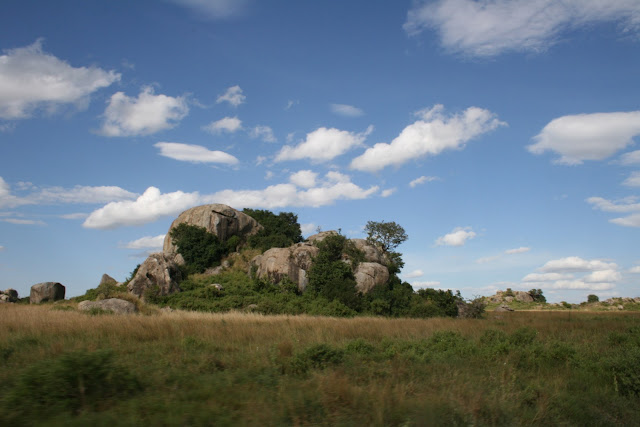 All the while, all along the route, thousands of other animals, huge herds of zebra and buffalo, as well as topi, other antelope, and the odd rhino join the journey; while lying in the wait are the predators. Being territorial and needing to guard their domains, few of the predators follow the migration – they merely wait until what must seem to them like the biggest feast on Earth regularly comes trundling into view. 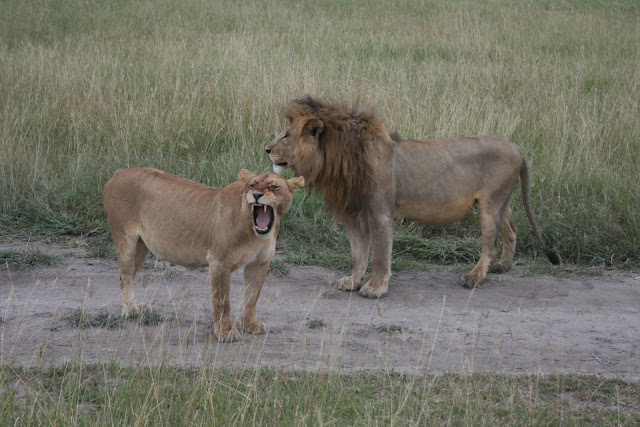 The old, the weak, the newly bor,n and the unlucky wildebeests never make it, but thousands of others do. From central Serengeti, the herds move up into the Western Corridor. On their way, sometime between April and June, they have to cross the Grumeti River where some of Africa’s oldest, wiliest and largest crocodiles are to be found. To see bleating herds massing together, sensing their fear at the crossing combined with their compulsion to do so, is to see nature at its most extraordinary. 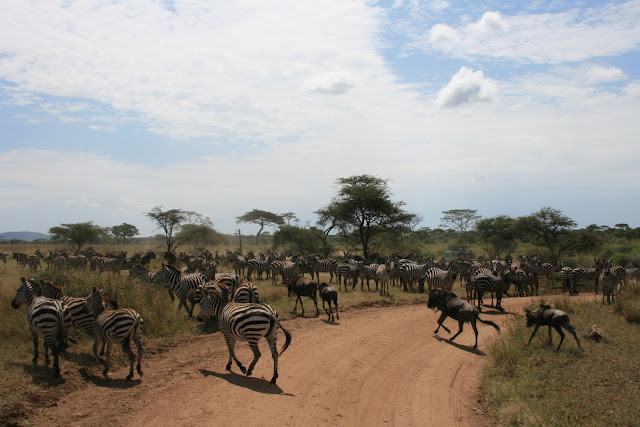 They move nervously, they hover on the brink, the crocodiles circle below the water. The wildebeests lose courage and pull back. Then, they mass up on the bank of the river again and eventually they go – first one, then another, then a headlong stream of hooves, risking the jaws of some of Africa’s largest crocodiles. The crocodiles always get a few. It is not pretty sight - it is awesome and terrifying - the thrashing of the hooves, the bleating, and the sense of lives being snuffed out. 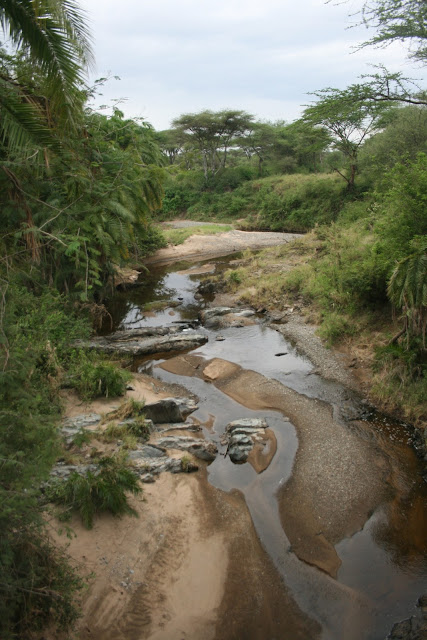 It is a reminder that nature is tough and a big secret. It isn’t interested in individual fates. It has its eye on posterity and on the survival of the masses. 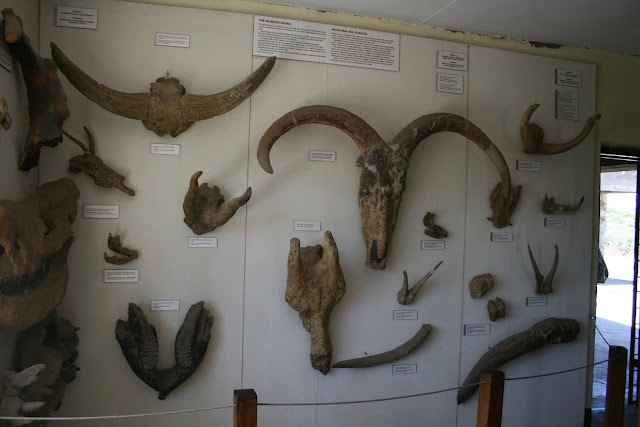 Many wildebeests are trampled and downed, and later the vultures and marabou storks come circling, attracted by the smell of death. Those wildebeests which emerge on the other side of the river have another gauntlet to run away – this time, running away from predators on the ground - the lions and hyenas which have merely to give mild chases and latch onto the nearest, unlucky wildebeests. 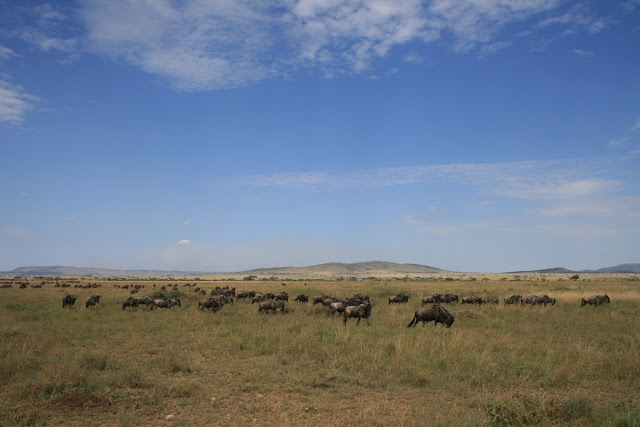 The Serengeti plains account for over 14,763 kilometers, and the migration itself travels 800 kilometers on the path from Tanzania to the Masai Mara Reserve in Kenya. 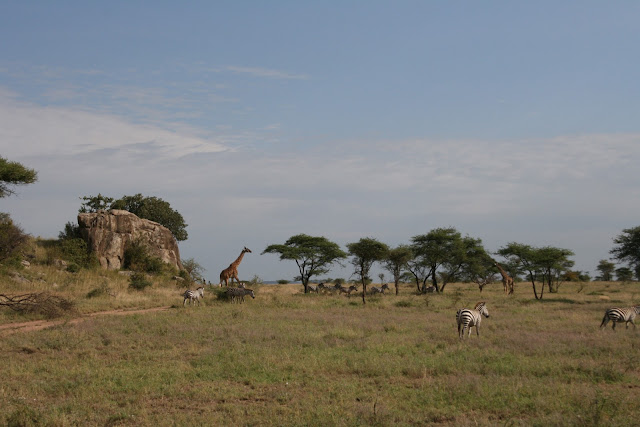 In competition for the Seven Natural Wonders of Africa, the Serengeti National Park received the most votes, with voters focusing on the annual wildebeest migration as the natural wonder. This wildlife park is in Tanzania but stands as a pride of the entire African continent. It is a park for Africa and the world, where future generations will come to experience the miracles and wonders of nature. 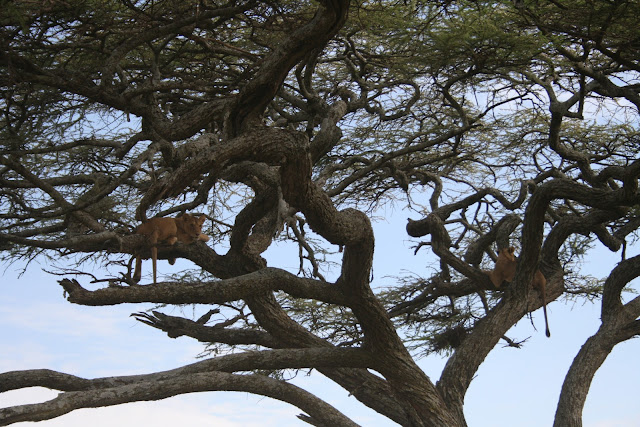 The Tanzania Tourist Board (TTB) has released several pieces of literature and quick movies about the Serengeti, with the intention of showing people across the world what this spectacular creation looks like. It is made not only for humans, but for the wild creatures which have no voice to express their presence on Earth, but can show before us their hidden instincts. 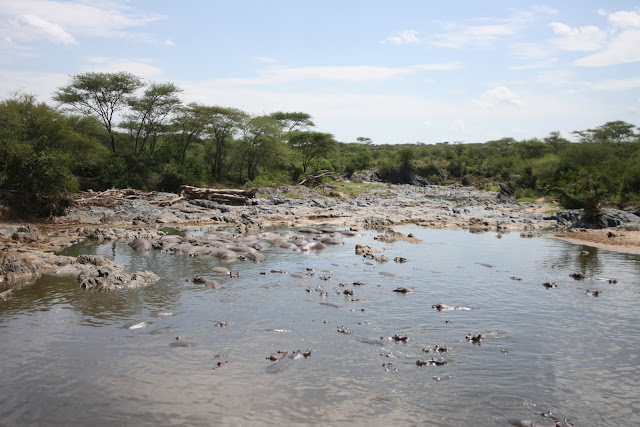 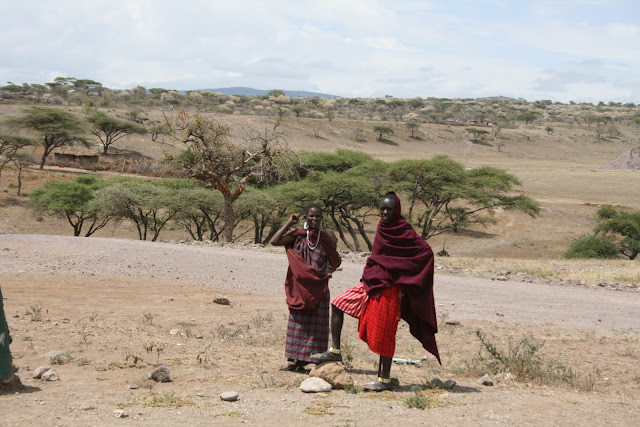 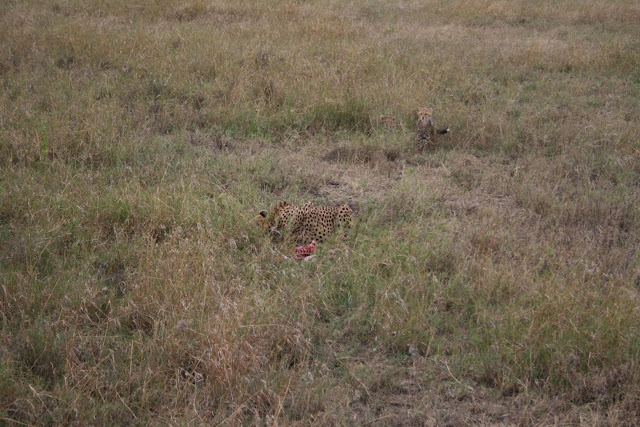