Aswan is the ancient city of Swenet, which in antiquity was the frontier town of Ancient Egypt facing the south. Swenet is supposed to have derived its name from an Egyptian goddess with the same name. This goddess later was identified as Eileithyia by the Greeks and Lucina by the Romans during their occupation of Ancient Egypt because of the similar association of their goddesses with childbirth, and of which the import is "the opener". The ancient name of the city also is said to be derived from the Egyptian symbol for trade.[1]

Because the Ancient Egyptians oriented toward the origin of the life-giving waters of the Nile in the south, Swenet was the first town in the country, and Egypt always was conceived to "open" or begin at Swenet.The city stood upon a peninsula on the right (east) bank of the Nile, immediately below (and north of) the first cataract of the flowing waters, which extend to it from Philae. Navigation to the delta was possible from this location without encountering a barrier.

The stone quarries of ancient Egypt located here were celebrated for their stone, and especially for the granitic rock called Syenite. They furnished the colossal statues, obelisks, and monolithal shrines that are found throughout Egypt, including the pyramids; and the traces of the quarrymen who wrought in these 3,000 years ago are still visible in the native rock. They lie on either bank of the Nile, and a road, four miles (6 km) in length, was cut beside them from Syene to Philae.

Swenet was equally important as a military station as that of a place of traffic. Under every dynasty it was a garrison town; and here tolls and customs were levied on all boats passing southwards and northwards. Around AD 330, the legion stationed here received a bishop from Alexandria; this later became the Coptic Diocese of Syene.[2] The city is mentioned by numerous ancient writers, including Herodotus,[3] Strabo,[4] Stephanus of Byzantium,[5] Ptolemy,[6] Pliny the Elder,[7] De architectura,[8] and it appears on the Antonine Itinerary.[9] It also is mentioned in the Book of Ezekiel and the Book of Isaiah.[10]

The Nile is nearly 3,000 yards wide above Aswan. From this frontier town to the northern extremity of Egypt, the river flows for more than 750 miles (1,210 km) without bar or cataract. The voyage from Aswan to Alexandria usually took 21 to 28 days in favourable weather.

The High Dam is one of the modern monuments in Egypt that are definitely worth mentioning. The dam was built sometime between 1960 and 1971.
The technical ideas were Russian-Based. And it was mainly built to save the Egyptian lands from the drought and the flood of the River Nile. And thus provide Egypt with a wider range for Agriculture.

Interesting Fact: The material used in building the High Dam can be used to build 17 Great Pyramids like the Giza Pyramids.

It lies in the Granite Quarries in Aswan; the unfinished obelisk is 42 meters tall. Unfortunately while working on the obelisk, the stones cracked and this prevented the obelisk from being finished.

Interesting Fact: If it had been completed, it would have been the biggest obelisk in Ancient Egypt. 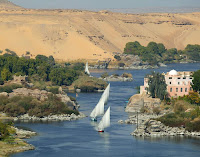 Doka Restaurant is located on a small island behind the Elephantine Island. It serves authentic Nubian food with an extra flavour of an amazing view to the Nile and the feluccas sailing along. 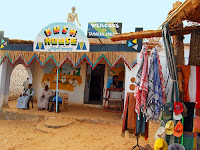 The Nubian village is on the Elephantine Island. It is home to many Nubian villagers who have been a role model in protecting their culture and heritage. You can visit Nubian homes; they offer tea and bread and some of the Nubians pet crocodiles that you can watch and take pictures of. You can walk around and shop from the small shops, or enjoy a camel ride around.

Interesting Fact: The first woman to lead an archaeological dig; Christiane Desroches-Noblecourt, who was a French Egyptologist, saved 14 Nubian temples from the flooding caused by the Aswan Dam.

This is one of the famous visits you do not want to miss. You can reach the Botanical Island by either sailing in a local felucca or by taking a motor boat to the Eastern bank of the Nile. This island was used in 1899 by Lord Kitchener who made it his army’s headquarter, it was then known as the King’s Island. Then when he left, the land was given to the ministry of irrigation and since 1928 the ministry has worked on making it a natural inhabitant to different trees and plants from the 5 continents.

Interesting Fact: The Botanical Garden has many rare palm trees that are not easily found elsewhere such as the royal palm tree, sabal palm tree, and the phonic pam tree. 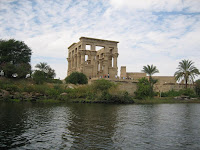 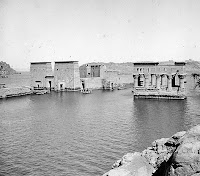 In the 1970’s the temple was relocated to preserve it from the flood of the Nile caused by the High Dam this operation was done by a joint cooperation between the Egyptian Government and the UNESCO. The temple was originally dedicated to the Goddess Isis, the wife of Osiris, and mother of Horus. Isis is a very important figure in the ancient world; she was perceived as the giver of life, the healer, the protector of kings.

The sound and light show is very interesting, try not to miss it if you go there.

Interesting Fact: The word ‘Philae’ in Greek or ‘Pilak’ in Ancient Egyptian means ‘The End’. 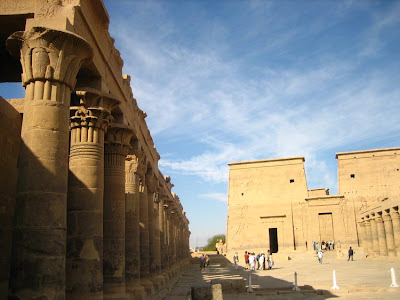