A live parrot, a glass eye and a bag of sand are just a few of the many bizarre items left behind on planes each year, according to our survey of 700 international cabin crew.

A recent survey by Skyscanner revealed an extensive list of items found on flights by cabin crew after passengers disembarked. Animals and birds account for several of the more unusual items, including a falcon, frog, tortoise, and a (live) parrot. 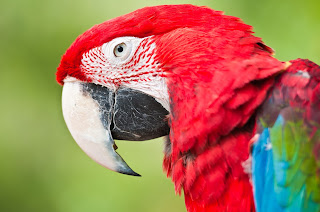 Dentures, underwear, a glass eye and a prosthetic leg were also on the long list of weird and wonderful items abandoned at the end of a flight. Other random curiosities discovered include a single egg (without packaging), a bag of sand, and a written marriage proposal. Whether the latter was intended for a cabin crew member or a passenger is unclear. And let's hope the wedding dress left in the overhead locker found its owner before the big day.

When it comes to the more regular travel essentials, it seems that passengers are no less forgetful.
Almost a quarter (24%) of crew have found a lost passport on board, which is even higher than the number of phones (23%) and books (21%) left behind.

Here are just some of the most random items that cabin crew have found on a plane:

Skyscanner conducted a survey of 700 cabin crew from 83 countries through Cabincrew.com.