Seaweed - Zanzibar's 'gift from the ocean' 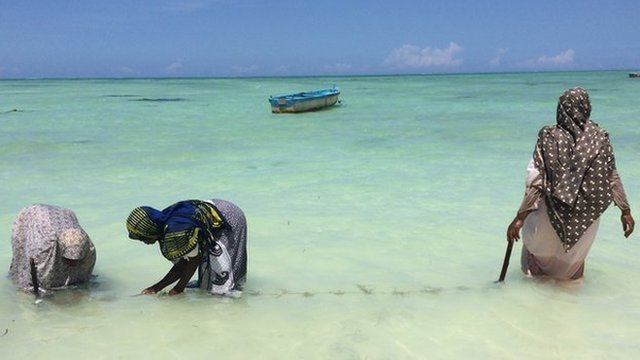 Seaweed - or Mwani in the Swahili language - has been one of Zanzibar's key exports since the early 1990s. But now the industry appears to be at risk, with a lot of the seaweed dying. BBC Africa's Charlotte Attwood visited the island's seaweed farmers. 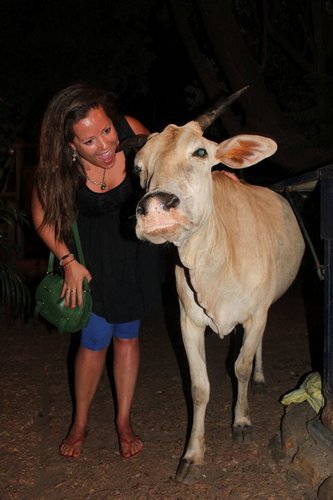 It may look like paradise with white sand beaches and turquoise water - but life is not so idyllic for the farmers.

The fortunes of women like Mwanaisha Makame are tied to the Indian Ocean. She harvests seaweed.
The farms are made up of little sticks in neat rows in the warm, shallow water. Ropes are tied between the sticks and the seaweed seedlings are strung between the two.

Ms Makame calls it her "gift from the ocean", but it seems it is not being so generous these days.

As she searches the shores for seedlings, in her traditional Swahili dress, Ms Makame admits that the harvest is not good.

"I used to buy anything I wanted. I used to send some money to my parents and my children got pocket money, but now it is a real problem," she says.


"We are now all depending on the father. We used to not have to depend on anyone to buy us soap or clothes." 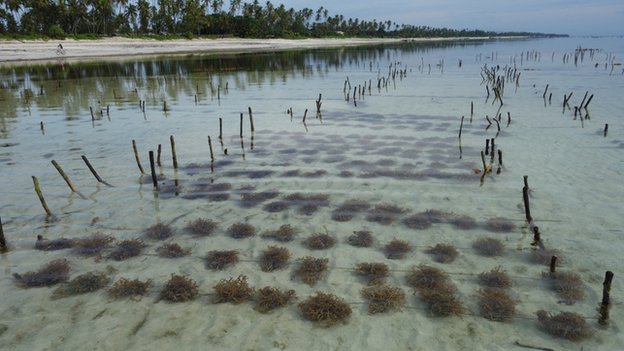 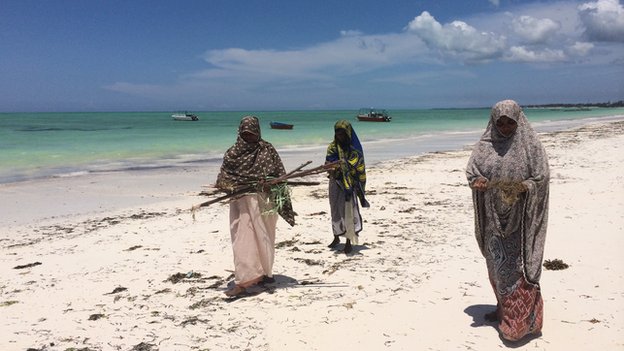 Ms Makame is just one of the thousands of women facing the same problem in Zanzibar, a semi-autonomous archipelago which is part of Tanzania.

Commercially viable seaweed was first introduced to Zanzibar's main island, Unguja, in the late 1980s from the Philippines. It immediately took to the shallow waters of the Indian Ocean island.

It was a good news story, says Nariman Jidawi, a marine scientist from the island.


Papers printed headlines like "Mwani is money", "A gift from the ocean" and "Mama, mwani and money".
It transformed the lives of the women in Zanzibar. They were able to support their families.

According to the government, the sector used to employ 23,000 people - 90% of whom were women.
But lately, Ms Jidawi says, "a lot of women are complaining that the seaweed is dying. A lot of women have therefore left seaweed farming".

The women, when asked, say rising sea temperatures is the cause. 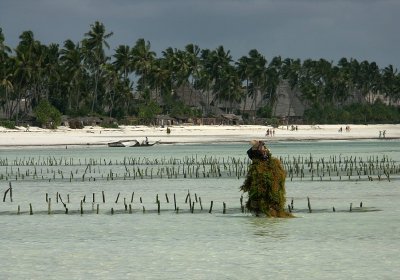 Ms Jidawi confirms that the water temperature around Zanzibar has increased of late and that climate change is the most likely reason for the seaweed mortality. 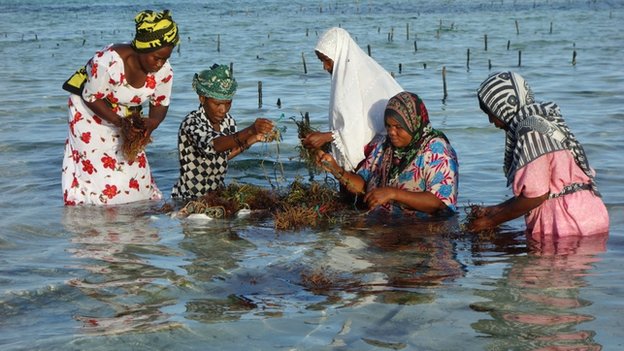 According to researchers at the local Institute of Marine Sciences, some kind of bacteria is growing on the seaweed which is also limiting its growth.


Zanzibar has historically been the third largest exporter of seaweed in the world, after the Philippines and Indonesia.


"The quality of seaweed in Zanzibar is much better than the others," says Khamis Issa Mohammed, secretary-general of the Zanzibar Exporters Association.

But he concedes that his competitors have the advantage of being closer to the market.

Seaweed from Zanzibar is exported to China, Korea, Vietnam, Denmark, Spain, France and the US.
It is used as a base for cosmetics, lotions, toothpaste, medicines and food - in China, for instance, it is eaten as a vegetable.

At its peak, the trade contributed almost $8m (£5m) a year to the Zanzibar economy. Half of that, says Mr Mohammed, went straight into the pockets of the farmers.

But many of these women are once again depending on their husbands.

They are trying to find other ways of making money but it is not easy.

In the village of Paje, women sit around with their children, laughing, cooking and weaving. 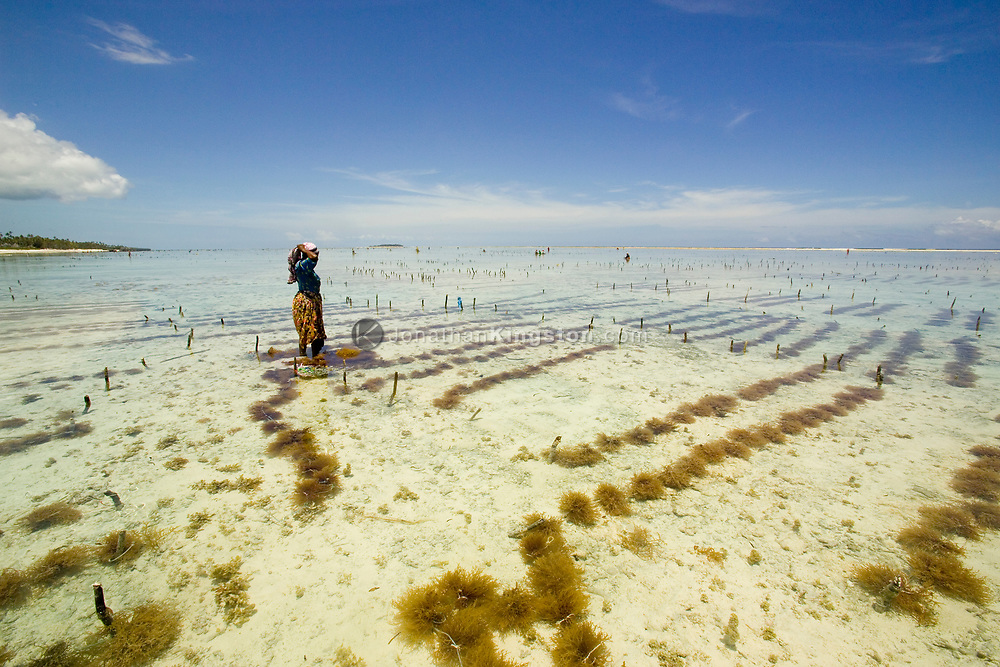 Zeinab Hassan Makame, a former seaweed farmer, invites me into her house. Her veranda is now filled with cut plastic bottles growing an array of seedlings - mangos, guavas and limes.

"I have now decided to prepare a tree nursery and weave baskets and mats. The present income is not as much as it used to be, but the beginning is always difficult. I hope to be successful." Zanzibar's government has commissioned more research into the exact reasons for the seaweed mortality and how to counteract it.

Some scientists have suggested moving the farms to deep water where it is cooler. This has had some success in the neighbouring island of Pemba, which is now contributing 80% to Zanzibar's seaweed exports.
But the problem for the women in Zanzibar is that traditionally they cannot swim.

So, now they must either learn how to swim or say goodbye to seaweed farming.

This is a very good blog. Really really helpful. Thanks a lot for providing this blog.