by Juan Nel
Kilimanjaro (5895m/19340ft) is the highest peak in Africa, and the largest volcano in the world.  Most hikers climb the mountain in 6 – 7 days because of the high altitude and the danger of getting altitude sickness. But then you get people that push everything to its limit and see how fast they can climb to the top of the major peaks in the world, and Kilimanjaro is one of them.

Unfortunately with speed records of any kind there are always much debate about the actual times and who is honoured with the best time. According to internet sources the following few people must be mentioned when it comes to conquering this mountain with the fastest times: 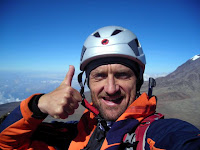 Prior to Jornet, Sean Burch claimed the speed record for the ascent of Kilimanjaro, 5h28m58s on June 7, 2005, via the Marangu Route. Before Burch, legendary Italian mountain runner Bruno Brunod were credited with the ascent record of 5h38m40s, set November 22, 2001, also via the Marangu. Brunod descended in 2h56m12s, for a round-trip time of 8h34m52s. 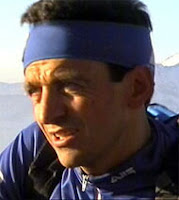 Christian Stangl claims an ascent time of 5h36m38s -- that is 2m faster than Brunod's time -- set on Oct. 12, 2004, as part of the Seven Summits Speed Project. Stangl ascended via the Umbwe route, which is shorter and steeper than the Marangu. His round-trip time is reported as 8h49m3s, but it is not clear which route was used for the descent.

Tanzanian ultra-runner Simon Mtuy claimed the overall round-trip record of 8h27m, on December 26, 2004, ascending via the shorter Umbwe Route and descending via the Mweka Route. Note that Mtuy's ascent was through the Western Breach, which was closed for a couple of years due to a rock slide, but apparently reopened in January 2008. 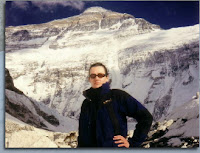 Rebecca Rees-Evans of the United Kingdom is credited with the female ascent record of 13h16m37s on May 21, 2005, via Marangu.

nice posting.. thanks for sharing.

That is crazy. Dont they get Altitude sickness?


Lemosho route is the most Scenic Climb up Mt Kilimanjaro Lemosho Route using different routes; the one that is most popular is the Mt Kilimanjaro Marangu Route Climb since it is the shortest, is easier and you get to sleep in bunker beds in the huts on the hiking trail with luxuries like beverages and beer. Marangu route up kili is the most popular and therefore the one with the highest traffic. Click here to see the Marangu Route Map