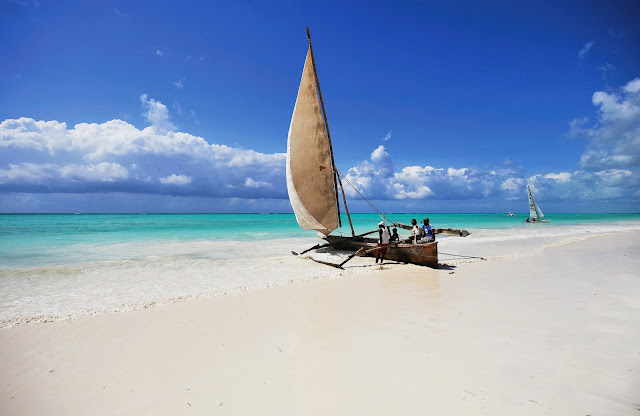 Bravo! (KykNET, channel 144, Thursdays @ 19:30) is still in beautiful Zanzibar, and in one of Thursdays (October 24, 2013) inserts Bravo! explores a bit of the environment and then Magda Johnston will cook for us with fantastic spices in Zanzibar. 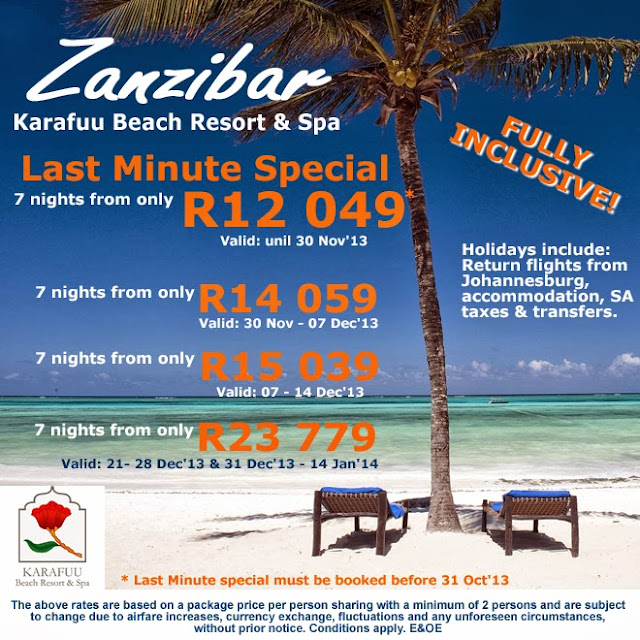 The Manta Resort released more pictures of their under sea room

Book your stay at The Underwater Room now. Click here > 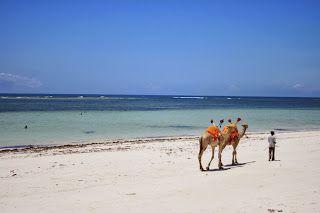 Come dine at sea: The restaurant perched on a Zanzibar rock with breathtaking views of Indian Ocean

These photographs show the suitably-named Rock Restaurant, which boasts a unique location - in the Indian Ocean.

It can sometimes be reached on foot, but at certain times of the day and night, diners have to be transported to and from the rock by boat.

It is located in Zanzibar, East Africa, and has attracted several visitors since it opened last year. 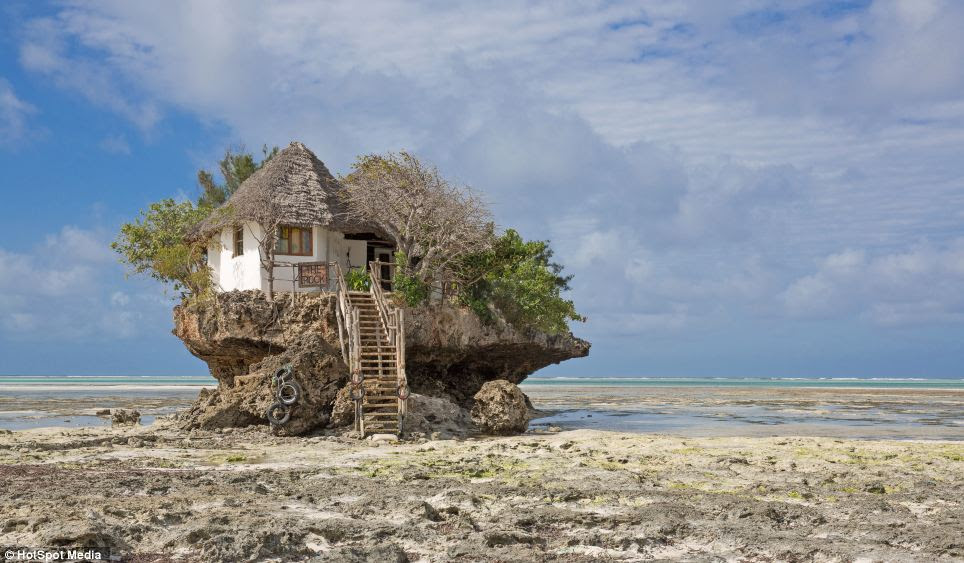 At low-tide, the Rock Restaurant, in Zanzibar, East Africa, can be reached on foot.
At other times of the day, diners are transported to and from the rock by boat 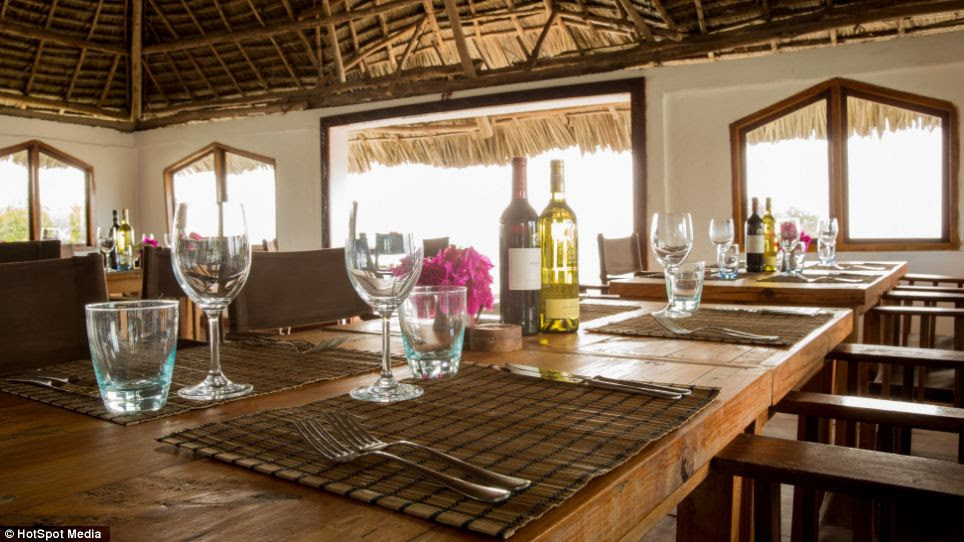 The inside of the Rock Restaurant, which has proven
popular with diners since its 2012 opening. 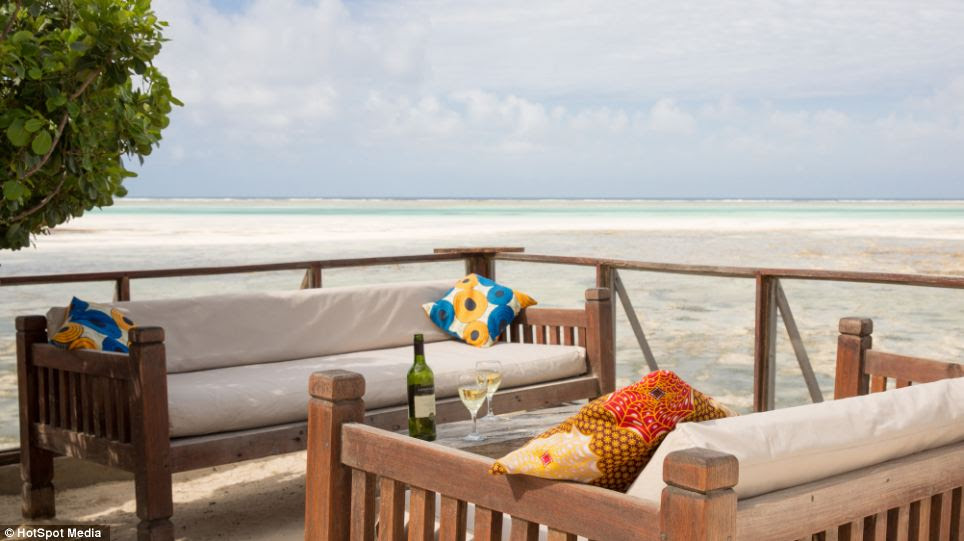 The Rock Restaurant also has an outside dining
area so the fresh sea air can be enjoyed.

Restaurant partner Nigel Firman, 47, said: 'The Rock Restaurant is a magical place and is an experience you are never likely to forget.'
He added: 'If visitors come to the restaurant while the sea is low, they are able to walk to the rock with no problem.

'But as they usually stay late on into the evening when the sea is high around the rock, we provide a boat service which travels to and from the shore.' 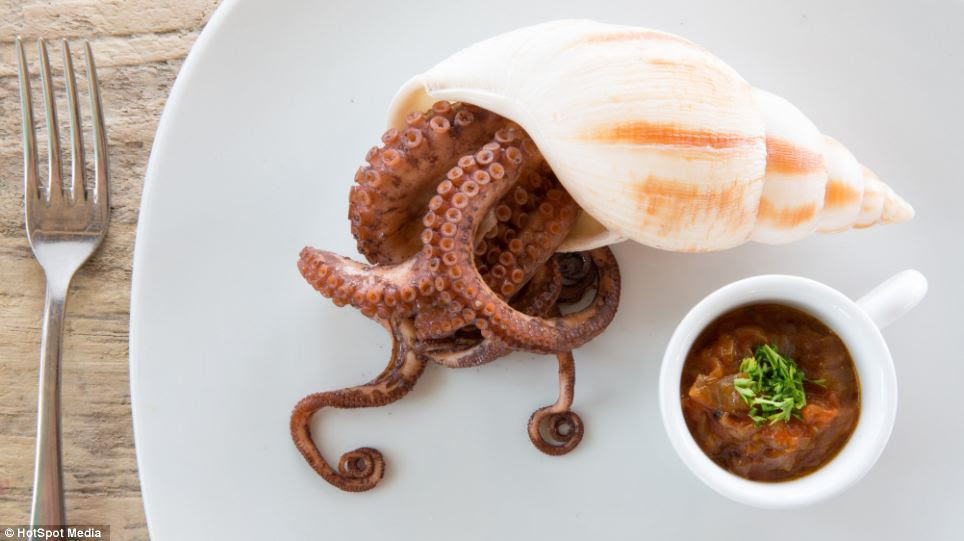 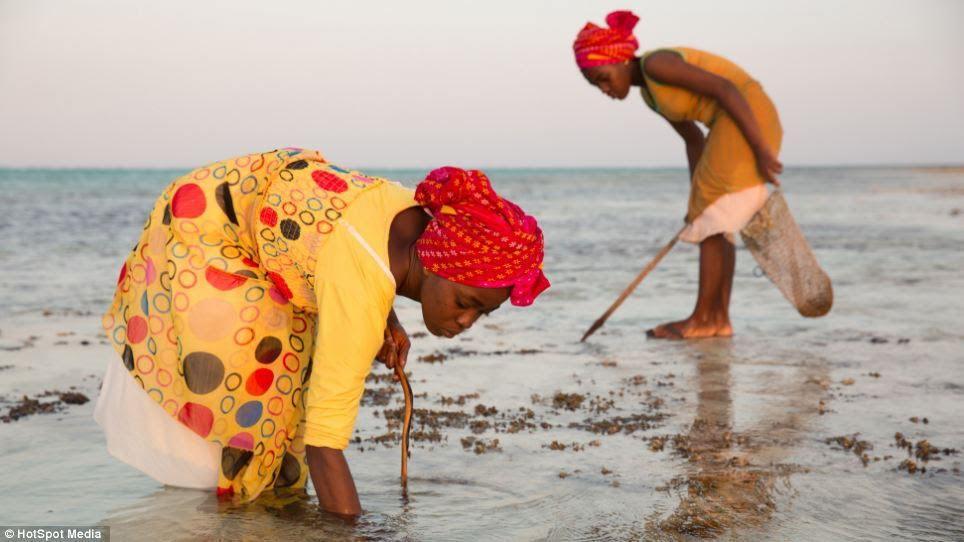 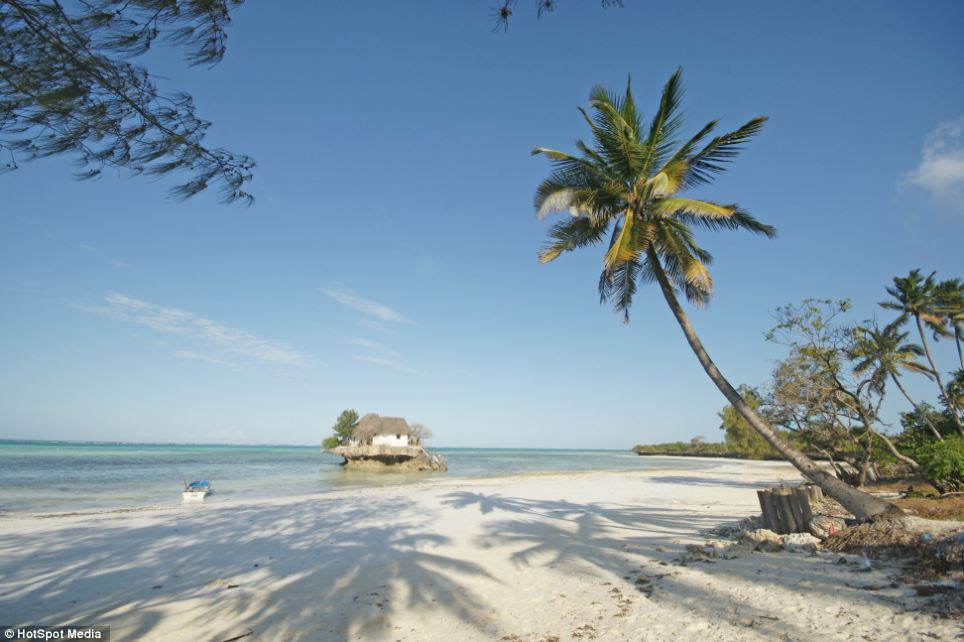 The restaurant is 7m high, allowing for water to
rise 4.5m up the side of the rock.


Serving mainly seafood caught from the Indian Ocean that surrounds the rock, the restaurant also provides an outside area for visitors to enjoy the magical views.

'Anyone that visits our restaurant are at first speechless, or all they can say is "wow",' said Mr Firman.

'From when I first saw the rock I knew it would make the perfect restaurant.' 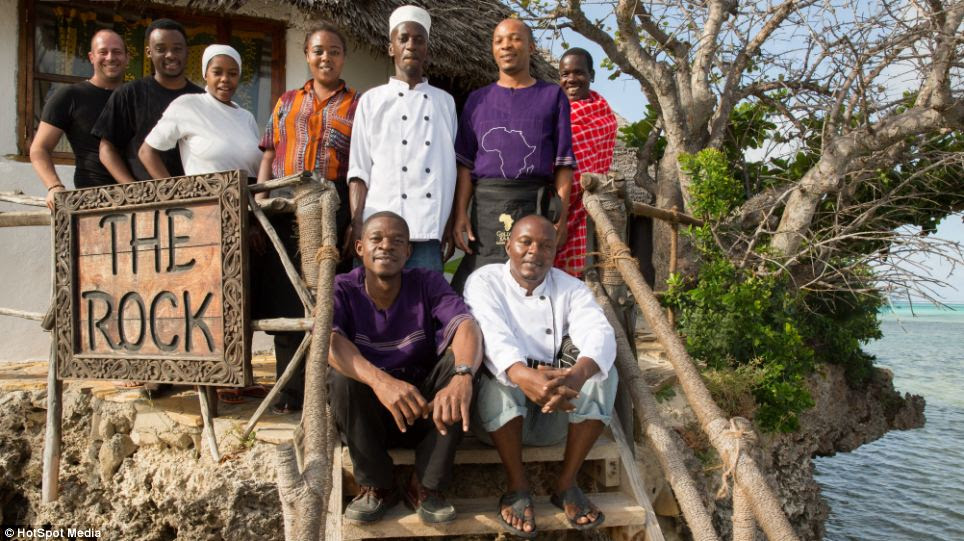 Some employees of the Rock Restaurant,
which opens for lunch and dinner. 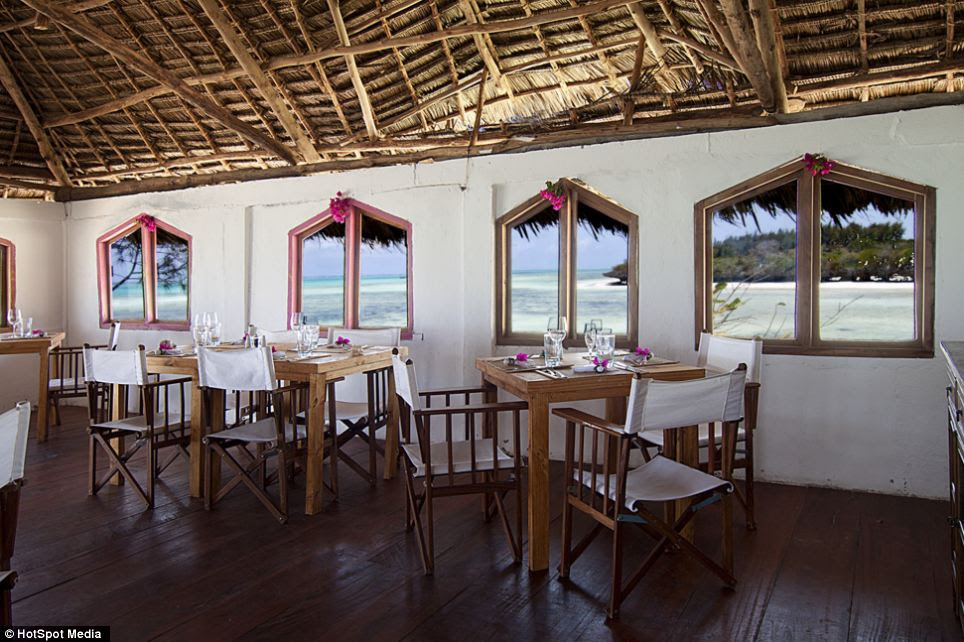 Visitors are offered stunning views out into the
Indian Ocean while they dine. 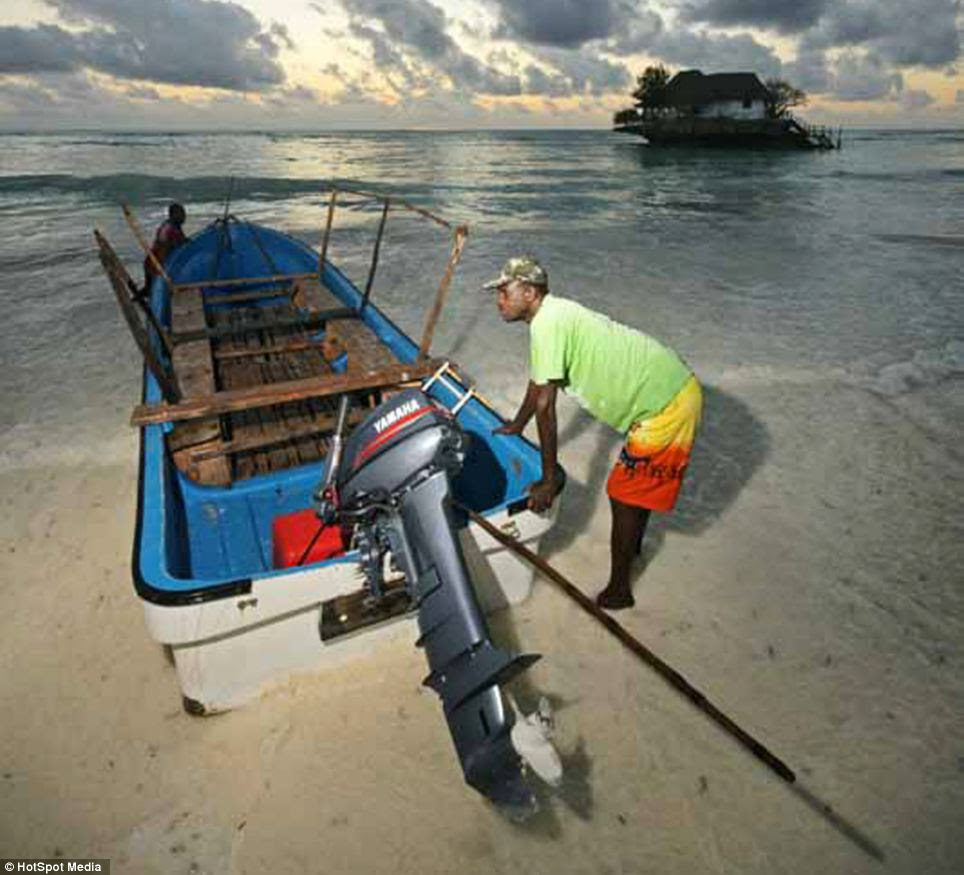 The restaurant has to provide a boat service back to
shore for diners when the tide comes in during their meal.


The restaurant, which opens for lunch and dinner, seats 45 people and is 7m high, allowing the water around it to rise 4.5m up the rock.

Diner Sarah Foote, 37, said: 'We drove over one hour to have lunch at this truly unique restaurant'. 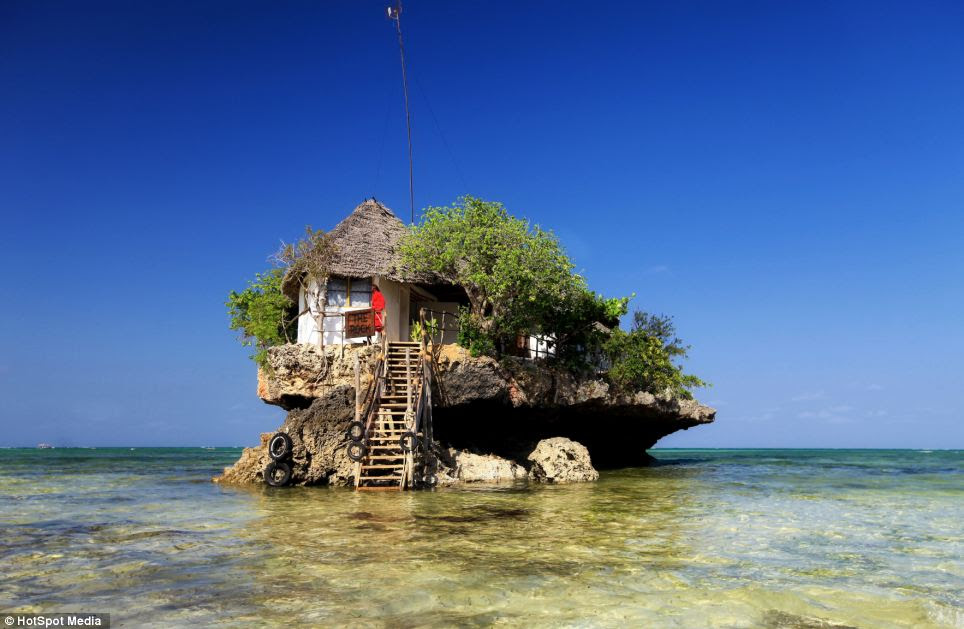 The Rock Restaurant, in Zanzibar, East Africa, is based in the middle of the sea and seats 45 people at one time. 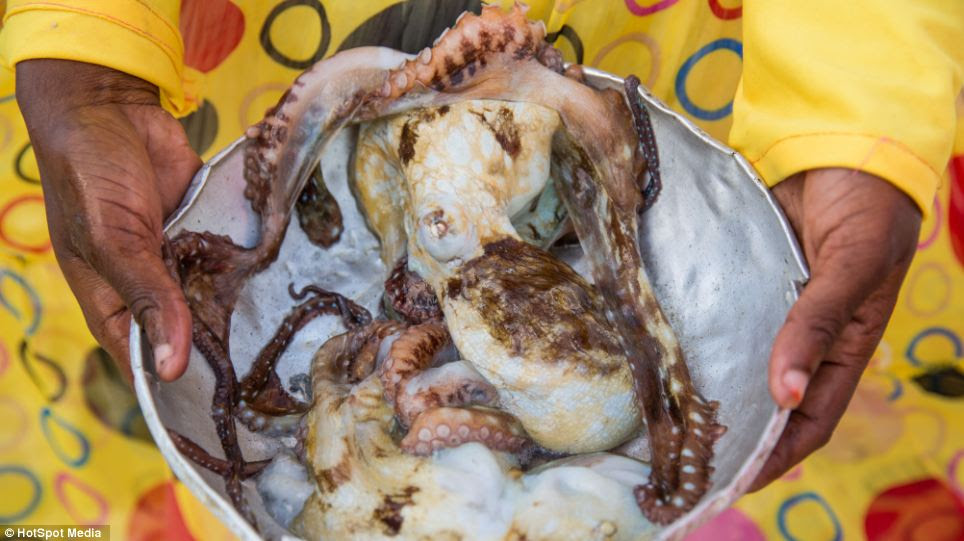 Zanzibar is preparing to open the first ever undersea room in the country which may attract more tourists to Pemba Island, where the room has been constructed.

"The room will be officially opened soon, before the 50th revolution anniversary day (January 12, 2014). Let any person who can afford to pay, go to rest in the room. It's about 2m/- per night," said Mbarouk.

According to the Manager of the Hotel, Mr Mathew Sausaka Babu, the room is about three metres below sea water surface with panoramic windows in all directions.

He said the seven-year study proved that area is suitable for underwater rooms. Mathew said $4,000 US dollars was paid to fishing community in the area to pave way for the hotel development and protecting the area.

Mr Mkubwa Said Ali, chairperson of the fishing community received the money, which they plan to buy fishing gears for deep sea fishing.

About 758m/- has been spent to construct the underwater room. The room is similar to the underwater room in a Swedish lake near Stockholm. The single room of the hotel lies 3m below the surface of Lake Malaren in Vasteras, Sweden and contains only twin beds and a table. 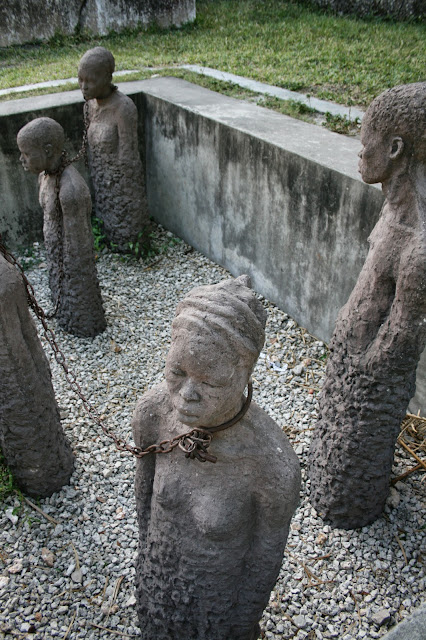 THE people in Zanzibar have expressed happiness about the creation of a heritage centre at the former slave market in Stone Town, which is likely to increase the number of tourists in the isles.

Minister for Information, Tourism, Culture and Sports, Mr Said Ali Mbarouk, said at the launch of the new heritage centre that the development would boost tourism in Zanzibar.

The tourism sector accounts for about 27 per cent of the GDP and more than 75 per cent of foreign earnings. Creation of the heritage centre on the site of the former slave market, preservation of Christ Church cathedral and support for the Wakf Commission are projects being supported by European Union. 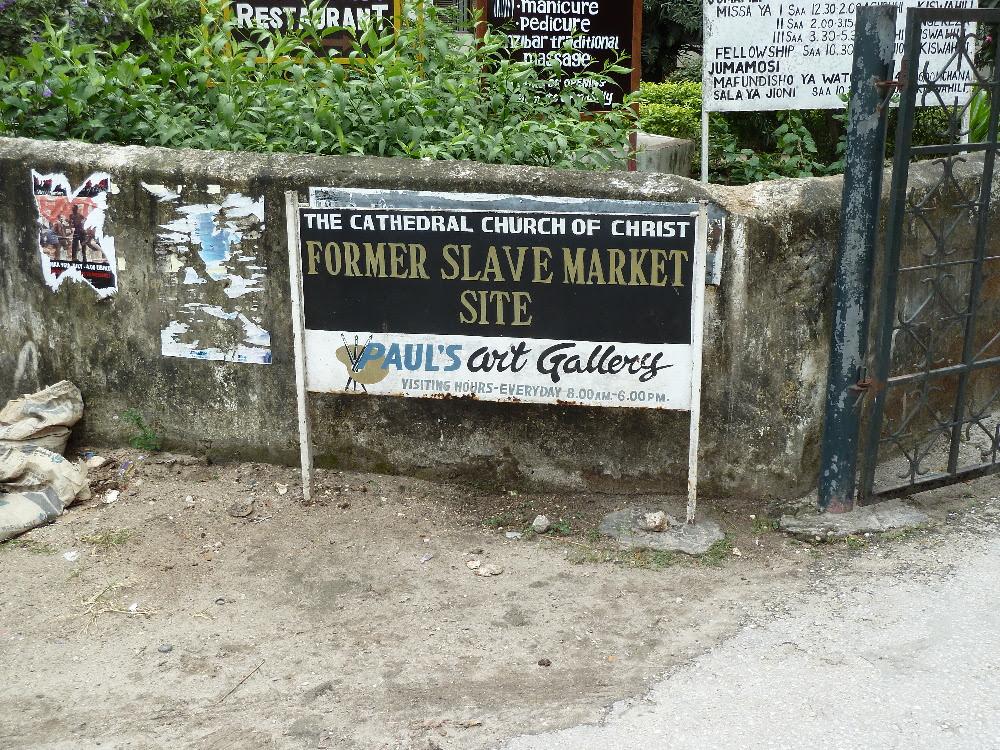 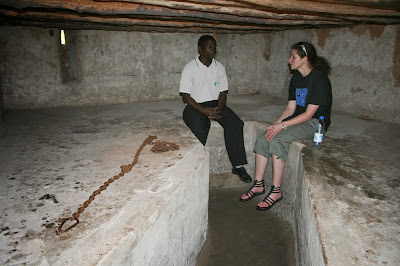 The three-year project is being implemented by the World Monuments Fund (WMF) and its partners, the Anglican Church of Tanzania - Zanzibar (ACTZ), the Zanzibar Stone Town Heritage Society and the British charity, Christian Engineers in Development. 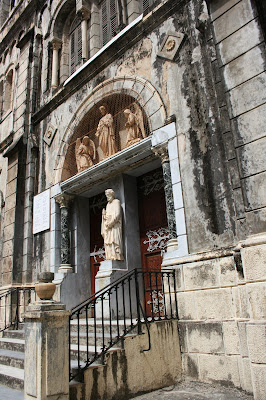 WMF representative at the function, Mr Steven Battle said, “The cultural heritage site is significant for Zanzibaris as well as the world, and we hope that the project will serve as a catalyst for the development of a stronger sense of community identity.”

Rev. Michael Hafidh and Mr Nuhu Sallanya, both from ACTZ, said the heritage at the former slave market would benefit many people as it was a great opportunity to promote interfaith relations in Zanzibar. The religious leaders also thanked the EU Commission, through its 10th Development Fund, the United States through the US Ambassador’s Fund for Cultural Preservation, for their generous support which made the long-awaited dream a reality. 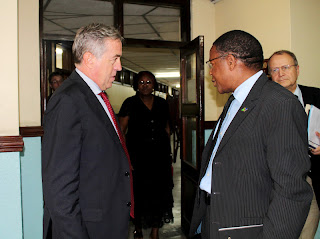 Head of the EU delegation, Ambassador Filberto Cerian Sebregondi, said the project was meant to create a heritage centre commemorating the abolition of slavery on the exact same site where the notorious slave trade took place in Zanzibar. 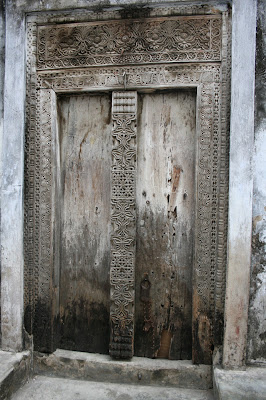 “Our hope is that the preservation and promotion of this historical site in Stone Town will fuel a sense of common belonging for Zanzibari people and of ownership of their cultural heritage. “It should contribute to building national identity in the diversity, tolerance and solidarity between faiths, communities and people,” said the EU envoy. 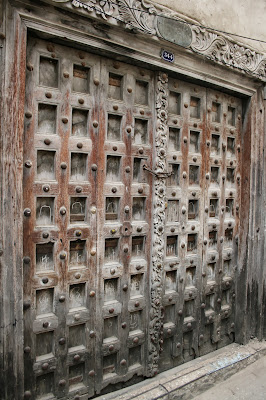 MY ZANZIBAR EXPERIENCE by Chane Barker 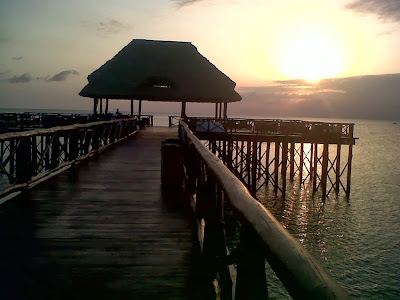 I have recently been to Zanzibar and would like to share my experience with you. If you are looking for a place full of history, culture, lush green gardens and forests plus a beautiful beach vacation Zanzibar is the place for you. From the first moment stepping off the plane you can feel the warm ocean air hitting you, it’s a true feeling of being on a tropical island. I visited Zanzibar in July being the best time as it is there winter season.  The Island does not really experience cold winters therefore weather was excellent as it was warm but not an unbearable kind of heat as in the summer season. 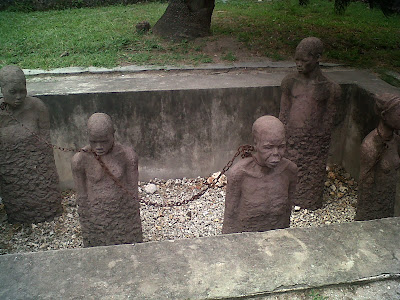 Our first experience was meeting our guide Genes who is a local in Zanzibar and excellent at what he does. We then headed for Stone Town were we had lunch for the day. Stone Town is the old Town on the Island with beautiful Arabian style Architecture. As we drove to Stone Town Genes shared some information with us on the locals and some of the history. The locals are some of the most humble and friendliest people I’ve ever met. During the trip I’ve learnt they don’t have much of the finer things we are used to but yet they remain happy with what they have and very proud of their Island. 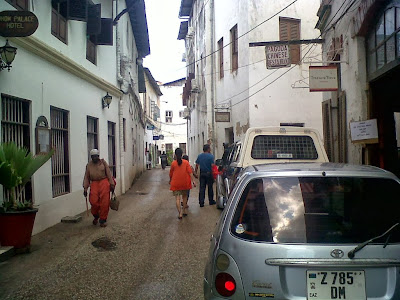 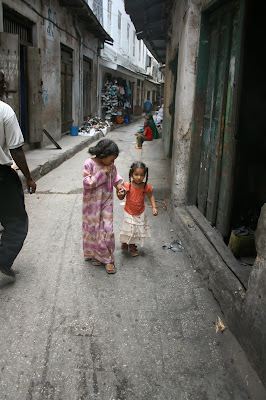 Driving through stone town reveals the islands history. The town was built with coral stone and till today they have maintained it and kept it that way. The doors on the buildings are all hand carved by the locals and one of the attractions as they are some of the biggest doors I’ve ever seen. There are also various shops were you can purchase your souvenirs. The market, some mosques and Arab houses is also located in town. The streets in Stone Town are very narrow therefore it is best to walk through the town or hire a scooter to get from place to place as it also gives you the full experience of the town. A day or 2 is a must in stone town if you are into the history and cultural side of Zanzibar and gives one a chance to mix with the locals. I suggest 2 nights before moving to one of the islands beach resorts. 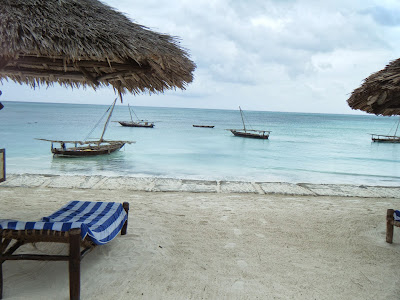 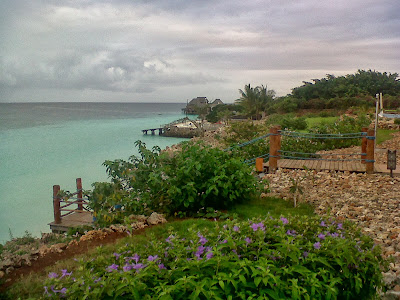 As we drove to the different Beach Hotels we passed some of the villages which are also nice to meet the locals and see how they live. Over the next few days we stayed at different hotels on different parts of the Island, each one unique in their own way. For the family travelers hotels in the Southeast and Northeast have some of the most beautiful and family orientated hotels and for the more romantic traveler the North and west would be perfect but both offers a bit of both. The most beautiful sunsets and close to home feel resort would definitely have to be sea cliff which is situated on the West of the Island. If you are young and looking for a backpacker type of experience Amaan Bungalows and Paje would be an excellent choice for you as they are vibey and filled with the younger crowds. The Hotels from on the South East, Northeast and North has the most beautiful beaches on the Island, those long stretches of beaches which are great for morning walks with some of the local people and maasai’s selling various things for tourists to buy. Most hotels also have boutiques were you can buy your souvenirs to take home with you. 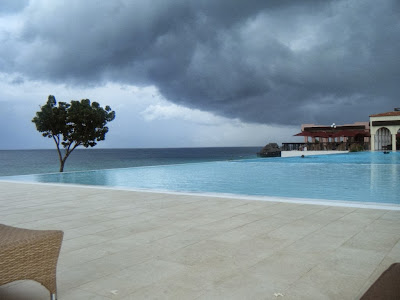 Guests can also arrange different tours from all the hotels in Zanzibar, also if they are interested in diving, snorkeling, fishing etc most hotels has a dive center or there is one close or around the hotel they could use. At some hotels some of the water activities are free except the motorized ones which you have to pay for.  The Island also hosts different beach parties were transport can be arranged from the hotel at a price. Some parts of the Island can be explored with scooters which one can hire if you would like to do some self-exploring but not available all over the Island. 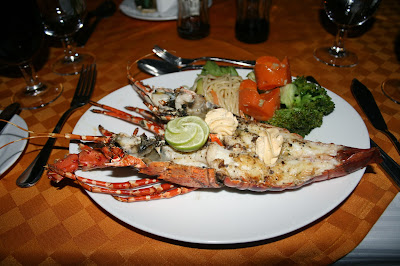 The food at the Hotels truly exceeded my expectations. It is all Buffet style at the main restaurants except when visiting the other restaurants on the resorts which you pay for.  There was a wide variety of choices with all kinds of food. My advice when visiting Zanzibar is to do an all-inclusive as things is really expensive there. The advantage of an all-inclusive is that you get a variety of meals to choose from for breakfast, lunch and supper and it includes your drinks. Some resorts also offer snacks in between meals and have waiters coming to you around the pool area and beach area in case you need anything.  Beach dinning and private dinning can also be arranged at some hotels.