Cleopatra's family ruled Egypt for more than 100 years before she was born around 69 B.C. The stories and myths surrounding Cleopatra's tragic life inspired a number of books, movies and plays, including Antony and Cleopatra by Shakespeare. Cleopatra has become one of the most well known ancient Egyptians.

Queen. The last ruler of the Macedonian dynasty, Cleopatra VII Thea Philopator was born around 69 B.C. The line of rule was established in 323 B.C., following the death of Alexander the Great and ended with Egypt's annexation by Rome in 30.

The era began when Alexander's general, Ptolemy, took over as ruler of Egypt, becoming King Ptolemy I Soter of Egypt. Over the next three centuries, his descendants would follow in his path. At its height, Ptolemaic Egypt was one of the world's great powers. In 51 B.C., Ptolemy XII died, leaving the throne to 18-year-old Cleopatra and her brother, the 10-year-old Ptolemy XIII. It is likely that the two siblings married, as was customary at the time. Over the next few years Egypt struggled to face down a number of issues, from an unhealthy economy to floods to famine.

Political turmoil also shaped this period. Soon after they assumed power, complications arose between Cleopatra and Ptolemy XIII. Eventually Cleopatra fled to Syria, where she assembled an army to defeat her rival in order to declare the throne for herself. In 48, she returned to Egypt with her military might and faced her brother at Pelusium, located on the empire's eastern edge.

Around this same time, the civil war between Julius Caesar and Pompey was consuming Rome. Pompey eventually sought refuge in Egypt, but on orders by Ptolemy, was killed. In pursuit of his rival, Julius Caesar followed Pompey into Egypt, where he met and eventually fell in love with Cleopatra. In Caesar, Cleopatra now had access to enough military muscle to dethrone her brother and solidify her grip on Egypt as sole ruler. Following Caesar's defeat of Ptolemy's forces at the Battle of the Nile, Caesar restored Cleopatra to the throne. Soon after, Ptolemy XIII fled and drowned in the Nile. In 47 B.C. Cleopatra bore Caesar a son, whom she named Caesarion. However, Caesar never acknowledged the boy was his offspring, and historical debate continues over whether he was indeed his father. Cleopatra eventually followed Caesar back to Rome, but returned to Egypt in 44 B.C., following his assassination. In 41 BC, Marc Antony, part of the Second Triumvirate that ruled Rome following the murder of Caesar, sent for Cleopatra so that she could answer questions about her allegiance to the empire's fallen leader. Cleopatra agreed to his request and made a lavish entrance into the city of Tarsus. Captivated by her beauty and personality, Antony plunged into a love affair with Cleopatra that would eventually produce three children, including twins named Alexander Helios and Cleopatra Selene. Just like Caesar before him, Antony was embroiled in a battle over Rome's control. His rival was Caesar's own great-nephew, Gaius Octavius, also known as Octavian (who became the future Emperor Caesar Augustus). Gaius Octavius, along with Marcus Aemilius Lepidus, rounded out the Second Triumvirate. Antony, who presided over Rome's eastern areas, detested Gaius Octavius and saw in Cleopatra the chance for financial and military support to secure his own rule over the empire. Cleopatra had her own motivations, as well. In exchange for her help, she sought the return of Egypt's eastern empire, which included large areas of Lebanon and Syria.

In the year 34 BC, Antony returned with Cleopatra to Alexandria with a triumphant flair. Crowds swarmed to the Gymnasium to catch a glimpse of the couple seated on golden thrones that were elevated on silver platforms. Beside them sat their children.

Antony antagonized his rival by declaring Caesarion as Caesar’s real son and legal heir, rather than Octavian, whom the revered Roman leader had adopted. Octavian, however, fought back, declaring he’d seized Antony’s will, and told the Roman people that Antony had turned over Roman possessions to Cleopatra and that there were plans to make Alexandria the Roman capital. In the year 31 BC, Cleopatra and Antony combined armies to try to defeat Octavian in a raging sea battle at Actium, on Greece’s west coast. The clash, however, proved to be a costly defeat for the Egyptians, forcing Antony and Cleopatra to flee back to Egypt. 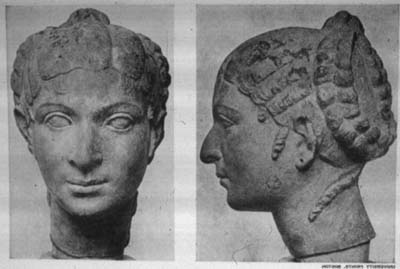 Antony soon returned to the battlefield, where he was falsely informed that Cleopatra had died. Upon hearing the news, the despondent Roman leader committed suicide by stabbing himself. Cleopatra followed her lover’s demise by ending her life as well by being bitten by an Egyptian cobra. She died on August 12, 30 BC. The two were buried together, as they had wished, and Egypt became a province of the Roman Empire.

In the centuries following her death, Cleopatra and her life have captivated historians, storytellers, and the general public. Her affair with Marc Antony and its end became the inspiration for William Shakespeare’s play Antony and Cleopatra (1607). More recently, seductive versions of her have been played by actresses such as Theda Bara (1917), Claudette Colbert (1934) and Elizabeth Taylor (1963).

Her story resonates, too, because of what she represented in such a male-dominated society. In an era when Egypt was roiled by internal and external battles, Cleopatra held the country together and proved to be as powerful a leader as any of her male counterparts. 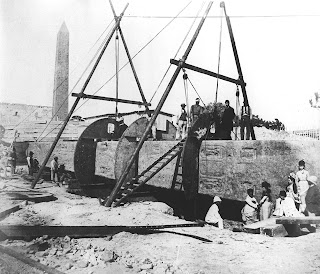