From endemic wildlife to bizarre stone forests and unexplored beaches, remote Madagascar may just be one of Africa’s last great unknowns. 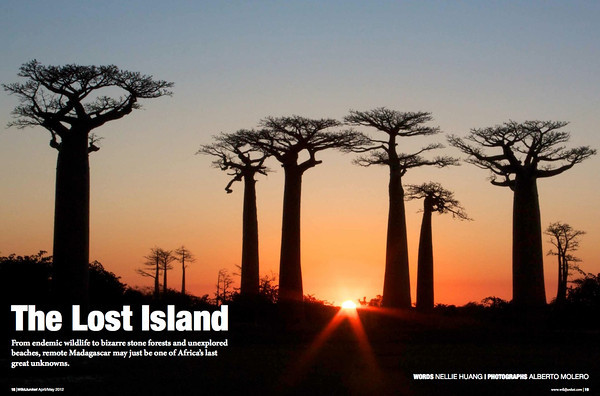 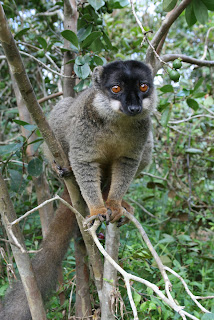 It was a tail. A very long, white and bushy tail. It swung back and forth in our direction, combing the breeze for our presence as we slowly approached. Bending our backs and straining our eyes against the sunlight, we watched as the ape-like animal leapt from tree to tree towards us. 30 feet, 15 feet, five feet.


It was in full view now – all of its white furry body, long monkey limbs, webbed feet and olive green eyes. Just inches before us the creature curiously sniffed us out, with not the least bit of apprehension.
A lemur. To be precise, a Verreaux’s sifaka, which is also known as a dancing lemur for its comical locomotion on the ground. This primate is one of the most popular lemurs and definitely the weirdest.
Just 15 minutes into the Kirindy Forest Reserve and we’d seen our first lemur. Here on the island of Madagascar, lemurs are the stars of the jungle – and also the main draw for the few intrepid travelers who make their way to this remote isle each year. 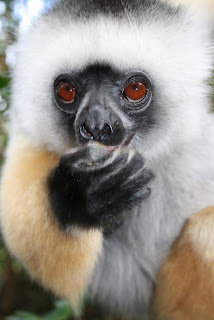 Most people come to Madagascar to get a first-hand look at its unique wildlife, with the lemur as the headline act. But as my photographer husband and I traversed through Madagascar – from lemur-stalked Kirindy to the stone pinnacles Tsingy de Bemaraha, and then on to the laid back beach town of Morondava – it was quickly apparent there’s far more to see in this largely unexplored part of Africa.
"Only in Madagascar can you find the world’s biggest chameleons, over 70 species of lemurs, and 6,000 different kinds of endemic plants, including the bizarre spiny ocotillo tree and the bottle-shaped baobab."

Marooned in the vast Indian Ocean, la Grand Île is home to an uncommon group of animals and plants found nowhere else in the world. Most of these have evolved after the island’s separation from the African continent 165 million years ago. Only in Madagascar can you find the world’s biggest chameleons, over 70 species of lemurs, and 6,000 different kinds of endemic plants, including the bizarre spiny ocotillo tree and the bottle-shaped baobab. 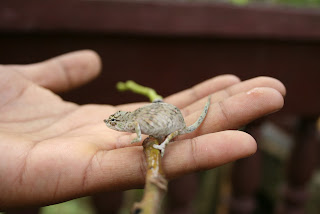 Slightly bigger than California, Madagascar is the fourth largest island in the world. Stretching out over 3,100 miles (5,000 km) of untouched coastline, it features extremely diverse terrains and habitats: from the dramatic mountains of the north to pristine spearmint-blue beaches in the south; from green humid rainforests in the east to the spiny forests of the west. 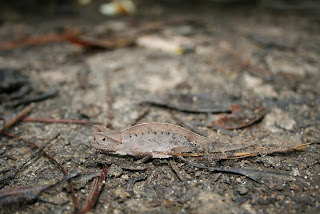 Sadly, Madagascar’s age of innocence might be short-lived. With problems like civil unrest, corruption and over-exploitation of resources plaguing the country, the United Nations Environment Programme (UNEP) has declared Madagascar’s ecosystem one of the most threatened in the world. Lemurs are facing extinction as some tribes in Madagascar continue to hunt them for bush meat while patches of wild forests on the island are slowly disappearing due to illegal logging.
On the bright side, all is not lost – several wildlife conservation groups such as World Wide Fund for Nature (WWF) are working with Madagascar’s ANGAP (National Association for the Management of Protected Areas) to promote awareness and implement measures. Locals are gradually coming to grips with the reality that their wealth is in their wildlife and natural environment. Tourism is an integral part to rebuilding the country.
Now that the island is slowly regaining political stability, there is no better time to return to the Great Red Island.
This is just a preview of the 10-page feature on WildJunket Magazine. If you enjoyed this preview, you can read the full article in WildJunket Magazine April/May 2012.