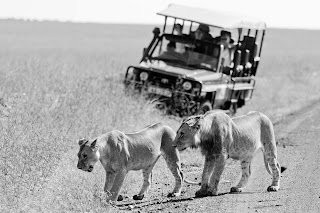 I landed in Richards Bay, South Africa, on the 13th of December, 2011. As the saying goes, “there is no rest for the wicked” because the very next day, my family and I were headed out on our latest and greatest adventure. Until this point, we had no idea where our journey would take us, my mother likes surprises so she doesn’t tell my sister and I what’s up and she tries to make us guess or play games as to find out what’s up. 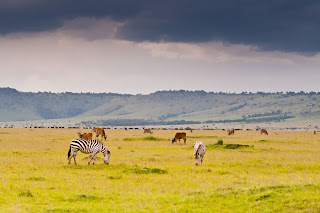 This year was no different. Within 20 minutes of me landing and being in their house, I found myself parked in front of a TV watching the intro to “Out of Africa”. I’ll cut to the chase and let you know that we discovered that Kenya was our destination, to the land of the Masai Mara, home of the Maasai people. No, that isn’t a spelling mistake. When speaking of the land, one “a” is used, and you use two “a’s” when speaking of the people. 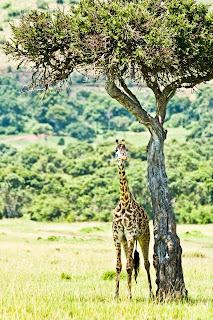 When we landed, we were greeted by our safari company “&beyond” with a table of drinks and snacks. Our bags were loaded up in another vehicle and we were taken on our first game drive. Within minutes, we came across our first Big 5 sighting, a spotted leopard!

Over the next couple days, we took in a sunrise safari in a hot air balloon, enjoyed amazing encounters with wildlife, ate some amazing food and were treated with the greatest hospitality. I had already fallen in love with Africa years ago, but being here on the Mara only reaffirmed my beliefs that Africa is a truly amazing place. And the best part was this: my vacation had only just begun… 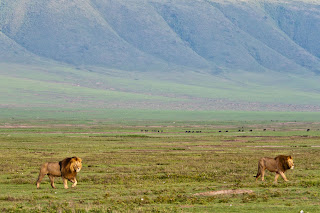 Our time on the Mara had come to an end, and it was time for us to continue on the next leg of our adventure. We were now on our way to Tanzania, to Klein’s Camp in the Serengeti. We landed at a small airstrip close to the Kenyan/Tanzanian border, where a vehicle was waiting us for our road transfer to the next airstrip, which was in Tanzania.


This is where the trip got a little interesting. As it turned out, the transit visa’s we were given to enter Kenya weren’t correct. We should have been given single entry visas, but the guy at customs in Nairobi thought he was doing us a favour by making things a little cheaper for us. The two guys at the border crossing were a buncha assholes, and that’s me being nice. It was so bloody hot in that little passport office, there were so many people waiting to have their turn, and these guys were just useless. They had a hard time believing that my mother actually was my mother, and that she was traveling with her husband and daughter. We were accused of lying to the first customs officer, and that because we spoke English, we should know the difference between a “single entry” and a “transit” visa. It was hard for me to stay silent and bite my tongue, which I didn’t really do anyways. After at least 30-45 minutes of waiting for them to “discuss” what they were going to do with us, our passports were stamped and we were through the border. What a joke! 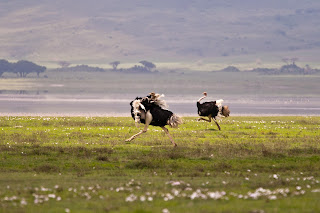 The actual border crossing went without incident, and we were soon back on the road to the airstrip. We were driving on a paved road when all of a sudden, we turned a sharp left and ended up on some crappy dirt road that headed right into tall grass and thick vegetation. I don’t know about anyone else, but I was certain we were being taken hostage. The road was getting worse by the second, and I couldn’t imagine that there was an airstrip at the end of the road. We bumped and thumped along and came into a clearing, where sure enough, our plane was waiting. Since we had taken such a long time getting there, our pilot had to hurry and get “presentable” as she had been enjoying some time in the sun while she waited. Our flight went without incident, and we landed safely at the airstrip in Tanzania. We were once again greeted with food and drinks, and we loaded up in the land cruiser and began the 1.5 hour drive to the lodge at Klein’s Camp. 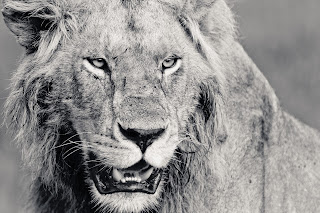 Klein’s Camp is like an old lookout post, sitting high in the hills with an amazing view of the valley below, allowing you to see for miles! After we got settled in, the clouds started rolling in much thicker than before. Regardless, we climbed back into the Land Cruiser for our first game drive, which, due to the weather, turned out to be a bust. We saw some lioness, but it was so dark and rainy that nothing really happened. By the time we got back, I was cold and my back was wicked-sore due to a hard bounce I took in the back seat. Nothing two Robax couldn’t take care of!

The next day, we came across a pride of eight male lions, who were trying to coax a buffalo away from the group so they could make a kill. While we didn’t actually see the kill happen, one took place as you can tell in the pictures. When we stopped for breakfast, there was a lion maybe 50 meters away from where we were eating breakfast. It was pretty trippy! The rest of the day was filled with more animal sightings and an amazing sunset.

On our last day, the heavy rains from the night before had completely washed out the bridge that crosses the river in order to get us to the airstrip, so we had to take the long way. The “long way” was a 3-hour detour, and unfortunately for us, the sickness that my mother got in Kenya had jumped to my sister, and she was comatose in the back of the jeep while it bounced around in the sweltering heat. We made it, a little worse for wear, but our plane hadn’t left yet despite our late arrival and then we were off again…

After our harrowing escape leaving the Serengeti, we found ourselves heading east, towards the Ngorongoro Conservation Area. Our next destination was &beyond’s Ngorongoro Crater Lodge. There are very few accommodations inside the crater park, and we were lucky enough to be staying at one inside the main gates. Our drive from the airstrip to the lodge was uneventful. As we got closer to the crater, our elevation increased, which caused the temperature to cool and the rains to increase. 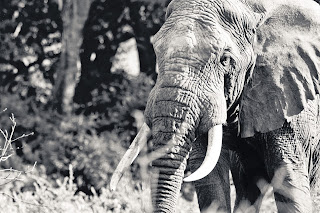 We arrived at the lodge and were greeted with drinks and a hot towel, and we assembled in the lodge’s Great Room. From there we were given the low-down on the lodge and the area. It was too late in the day for us to go on a drive, as they close the crater floor at 1800 (6pm). So we took the opportunity to explore our surroundings before dinner that evening.

Now I’ll skip the details, but this is where my health took a turn for the worse. I started feeling a little sick at dinner, left early and headed back to the room. Soon, the same illness that had plagued my mother and sister had stricken me. Let’s just say that I’ve felt awful before, and this was one of the worst feelings I’ve ever had. A few hours later, I woke to the sound of my father going through the same motions, no pun intended. I was really worried that I wasn’t going to be able to make it on the one-and-only crater drive we were going on the next day. 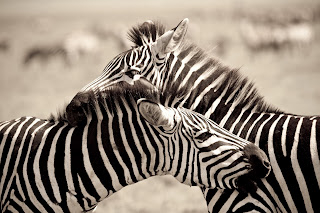 Waking up the next day, I still felt awful, but compared to a few hours before, I felt “great”. I had a shower and got ready. I was able to stand, although hunched over and in pain. I met my sister, mother and uncle (my dad was too sick to come) by the Land Cruiser and climbed in the back, where I slept until we reached the crater entrance, where we were greeted by a beautiful sunrise.

The crater was amazing, I can’t really use any words to describe it. It was like being in a gigantic terrarium. Driving down to the crater floor from the top, the crater it’s own eco-system. The water and soil full of nutrients and minerals, causing elephant’s tusks to grow bigger, the animals well protected from outside influences (minus us safari people) such as poaching. The crater floor provides most people with the opportunity to see the Big 5 in one drive, and the abundance of wildlife was amazing. Wildebeests, lions, zebra and elephants were spotted within minutes of us reaching the floor, and the sightings continued as we drove all over the lands until the afternoon when our time to leave had come…